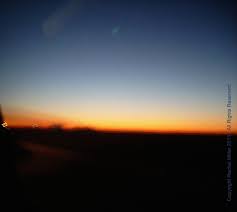 From the beginning, we see God, distinguishing between things. God separated the light from the darkness and called the light “day” and the dark “night”. This teaches us that God intends there to be a clear identification and contrast between that which is right and that which is devoid of His righteousness. For, John writes “In Him there is no darkness at all.” (1 John 1:5)

“Woe to those who call evil good, and good evil; Who substitute darkness for light and light for darkness; Who substitute bitter for sweet and sweet for bitter!” Isaiah 5:20

The Lord’s vision is never clouded with moral relativism or a million shades of gray. God sees clearly and distinguishes truth from error and right from wrong in every case. God’s heart longs for the day when His people will do the same.

“They will be Mine,” says the Lord of hosts, “on the day that I prepare My own possession, and I will spare them as a man spares his own son who serves him.” So you will again distinguish between the righteous and the wicked, between one who serves God and one who does not serve Him. Malachi 3:17-18

In our day, it is more imperative than ever that we saturate ourselves with God’s Word. It is the only way by which we can measure truth from error. Isaiah sounds the alarm in his own day:

“To the law and to the testimony! If they do not speak according to this word, it is because they have no dawn.”  Isaiah 8:20

What are we to say about the issues of our day? Some suggest we are welcome to think as we wish (that is our right) but say nothing that ever offends (because that isn’t ever right!). Indeed, Jesus said He was hated because he testified that men’s works were evil. (cf John 7:7) Sounds like Jesus was still in the habit of not only seeing darkness for what it was but declaring it clearly for what it was.

Jesus said  “It is enough for the disciple that he become like his teacher and the slave like his master. If they have called the head of the house Beelzebul, how much more will they malign the members of his household! (Matthew 10:25)

I guess the only question that remains is “Is it enough for you?”